NETFLIX Movie Guide to Keep You Entertained These Eid Holidays! 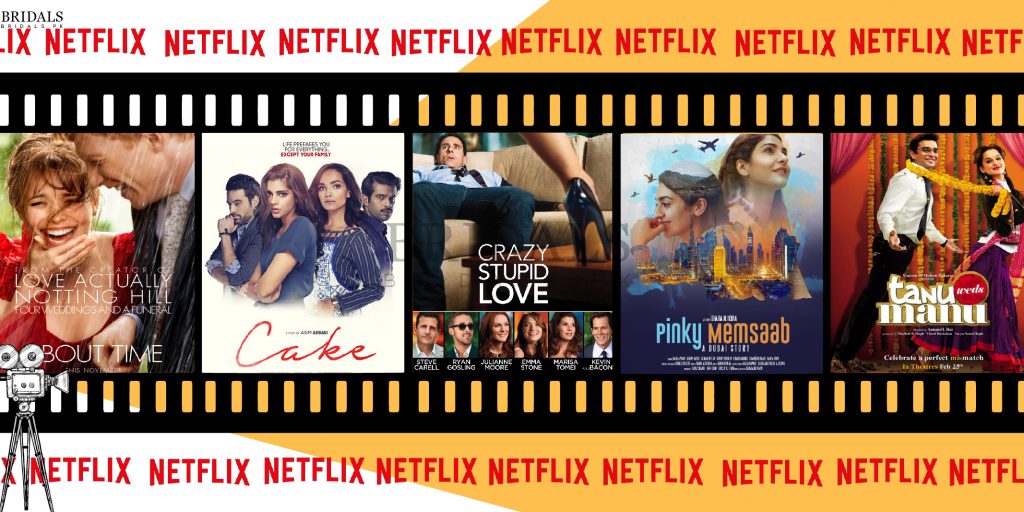 If you are planning to Netflix and chill during Eid Holidays this year. We have come up with a rather good movie guide for you. As Eid can be quite romantic (given that you are over the moon with gifts that come from the love of your life), these romantic, adventure and family flicks will set the right mood for you. So scroll down for some great movie options depending on who you are watching these movies with:

A perfect flick for both guys and girls – Think Like a Man is the story of four friends who decide to turn the tables on their girlfriends. As all four of them were using Steve Harvey’s relationship advice ‘against’ them. (This movie isn’t available on Netflix as of now. However, it’s such a great movie that we thought you must check it out.)

A New Yorker music journalist gets her dream job, only it’s in San Francisco. Declining to be in a long distance relationship, her boyfriend dumps her and she recruits her two best friends for one last night of adventure in New York City before she moves.

An alternative history, guy flick – Inglorious Bastards is full of action and intrigue. In German-occupied France, Lt. Aldo Raine (Brad Pitt) an Allied Officer, assembles a team of Jewish soldiers to commit violence against Nazis. A German actress and undercover agent help them take down the Third Reich.

An abroad-settled eligible bachelor returns to India to find a bride. He meets this crazy, wonderful, free-spirited woman who has no plans of marrying him!

He’s Just Not That into You

A group of young people navigates through love and challenges of reading or misreading behavior in Baltimore, Maryland. Beth (Jennifer Aniston) wants her long term boyfriend Neil (Ben Affleck) – who doesn’t believe in marriage, to commit. Gigi (Ginnifer Goodwin) is the girl who wants to take control of her love life instead of waiting by the phone. Mary (Drew Barrymore) cannot find a good man to save her life. Meanwhile, Janine (Jennifer Connelly) cannot trust her husband, who is having an affair with a yoga instructor (Scarlett Johansson).

A coming of age movie, in which three college friends (Mahira Khan, Sheheryar Munawar and Adeel Hussain) residing in Karachi are passionate about music and hope to find fame. The characters struggle to exercise free will, while also being bound to conformity.

The Last of the Mohicans

Amidst the French and Indian War, three Mohican trappers protect the daughters of a British colonel. A passionate romance blossoms between a Mohican trapper and the daughter of the colonel that’s all-consuming and utterly forbidden.

A hotel maid (Jennifer Lopez) meets a Senatorial candidate (Ralph Fiennes) who accidentally ends up thinking that she is a wealthy socialite. A new romance is kindled as they become the talk of the town, which makes it hard for JLo to hide under the covers for long!

U.S. Marine Sgt. Logan Thibault (Zac Effron) has returned from his third tour of duty in Iraq. He’s suffering from the trauma of war and believes that a photograph of a woman named Beth (Taylor Schilling) he found on the battlefield kept him alive, while all his friends died. He finds her to express his gratitude (maybe, ‘cause how you can thank someone for a good luck charm that wasn’t meant for you) but is caught up in the life of this strong, kennel-running, single mother Beth. Together, Logan and Beth find love and peace but it’s all complicated.

Tim Lake (Domhnall Gleeson) learns that the men of his family can travel in time. Time resolves to use his power to improve his life one day at a time. He meets Mary (Rachel McAdams) and with his power and a bit of cunning streak wins her over. However, he’s to learn that he can’t save everyone he loves despite his incredible power.

Nick Carraway (Tobey Maguire) arrives in New York in 1922, hoping to live the American dream. His next-door neighbor Jay Gatsby (Leonardo DiCaprio) is a millionaire, who owns a mansion and throws excessively lavish parties. Nick’s enchanting cousin Daisy (Carey Mulligan) lives across the bay with her philandering husband, Tom (Joel Edgeton). Swept by the enigma that is Gatsby and the world of wealthy, Nick soon learns that Daisy and Gatsby were in love before she was married.

Cal Weaver (Steve Carell)’s perfect life crumbles when his amazing wife (Julianne Moore) asks for a divorce and tells him that she has been having an affair. Suddenly single, Cal has to re-enter the world of dating and makes a fool of himself. A club-hopping playboy, Jacob Palmer (Ryan Gosling) decides to take pity and teach him how to be a hit amongst the ladies.

Krish Malhotra (Arjun Kapoor) is from a typical Punjabi family. He meets Ananya Swaminathan (Alia Bhatt) and falls in love. Now Ananya’s family is Tamil and they have to wait to get married as they both struggle with their respective families, who refuse to overlook their completely different cultural backgrounds.

Estranged siblings have to reconnect begrudgingly as they sort out how to care for their aging parents.

A young bear (Ben Whishaw) makes his way to England when an earthquake destroys his rainforest home. One family gives him shelter, but someone has evil eyes for the rare and endearing bear.

Charlie and the Chocolate Factory

A comic and fantastical spin on the Roald Dahl’s tale; Charlie Bucket (Freddie Highmore) and his Grandpa Joe (David Kelly) win a once in a lifetime chance to visit the magical and exclusive factory of eccentric candy maker Willy Wonka (Johnny Depp).

Allahyar and the Legend of Markhoor

In northern Pakistan, the story follows Allahyar, a young and mischievous boy comes in contact with poachers.

NETFLIX Movie Guide to Keep You Entertained These Eid Holidays
Description
If you are planning to Netflix and chill during Eid Holidays this year. We have come up with a rather good movie guide for you.
Admin
Admin
Bridals.PK
Bridals.pk
https://blog.bridals.pk/wp-content/themes/bridal/images/logo.png